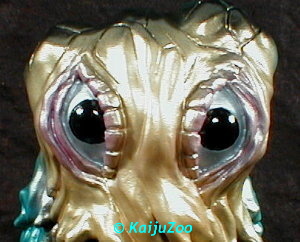 SOLD OUT !!! Emulating and paying homage to the extremely rare Bullmark Hawaii paint version Hedorah, the KaijuZoo Hedorah is painted with similar Bullmark colors and application but updated and richly enhanced with cool metallic paints.  "Gojira Tai Hedorah" (known as "Godzilla vs. the Smog Monster" in the US) was released in 1971 by Toho Co. Ltd. and went on to be one of the most famous cult movies of the Godzilla series.  Also in 1971, the Japanese toy company Bullmark released their versions of the Hedorah vinyl toy which over the succeeding three decades have become very hard to find and are most desired by serious kaiju collectors.  Among the holy grail of the Bullmark standard size figures was the Hawaii paint style Hedorah with wild and psychedelic pink, red, aqua and yellow colors.  It is not likely you will ever be able to purchase one of the original Bullmark Hawaii Hedorah's due to their scarcity which over the years has greatly driven up the price.  As evidence, check out this recent eBay auction in which the reserve was not met at ...  $4550.00 !!!

So unless you are saving up $5000, perhaps you would consider purchasing the similarly painted KaijuZoo version of the Bullmark Hawaii Hedorah ??? !!!  This is an extremely limited series as some are already pre-sold to my previous KaijuZoo customers.  Professionally and artfully created by KaijuZoo, each Y-MSF figure is  about 6.5" tall and took 8-10 hours to produce starting with disassembly and cleaning of the unpainted figure.  The Hedorah was then glued up and all exposed seams filled and detailed with art epoxy to make the seams disappear.  Then three coats of the bubble-gum pink metallic paint basecoat was sprayed on followed by the careful layering of the vivid aquamarine, yellow-gold, bright red and black metallic paints.  Lastly, each eye was detailed with the metallic black sequin paint and then covered with glossy sealer to give the sludge monster its vivid blank and yet sinister stare.  This is a really slick toy !!  (Get it??, Oil Slick, pollution, Save the Earth, etc.  LOL!  ;-)

In addition to the figure as shown below, this auction will also include the KaijuZoo signature and serial number on the foot of the figure as well as a signed, dated and serialized signature card and Certificate of Authenticity.  Click here to see feedback of what some of my forty previous customers have had to say over the past four years about my artistry in the earlier KaijuZoo exclusive kaiju series and custom paint jobs. 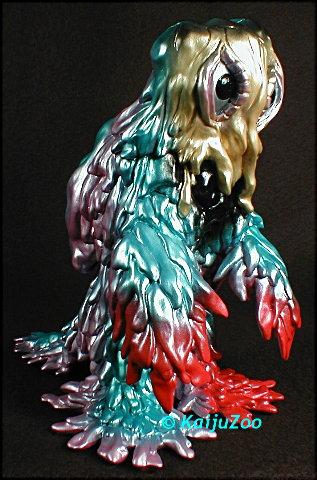 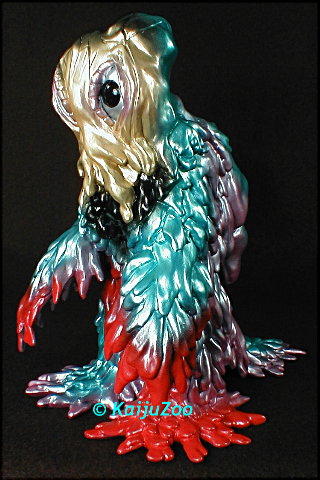 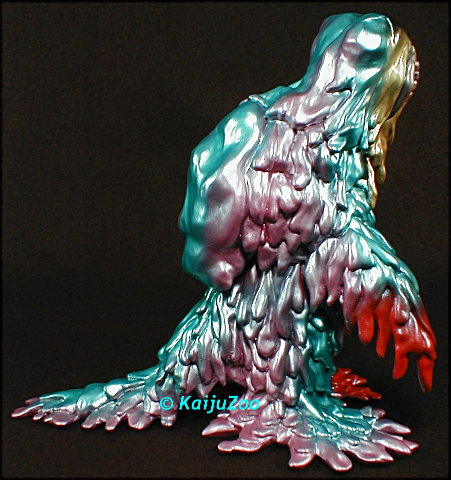 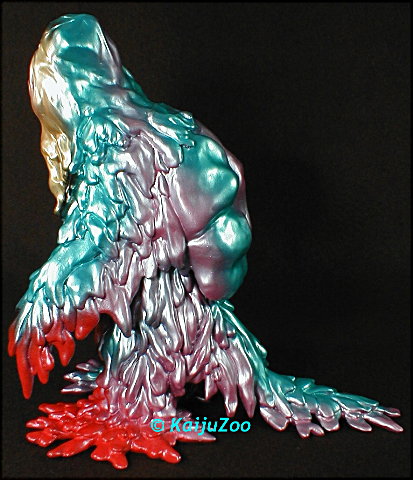 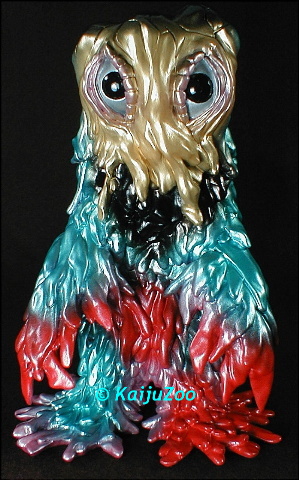 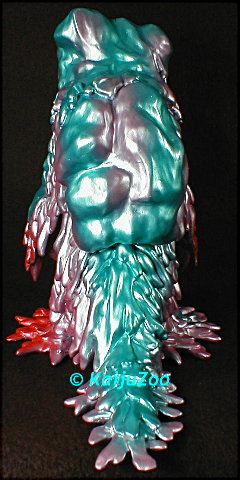 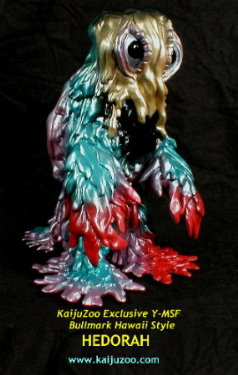 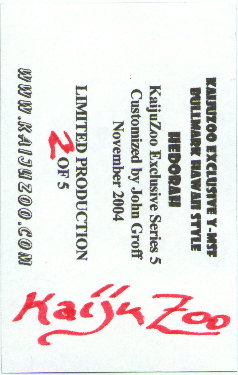 KaijuZoo Exclusive Y-MSF
Bullmark Hawaii Style
HEDORAH Signature Card
** 2.25" x 3.75" card: signed, dated and serialized on the back by KaijuZoo and protected by a card protector **