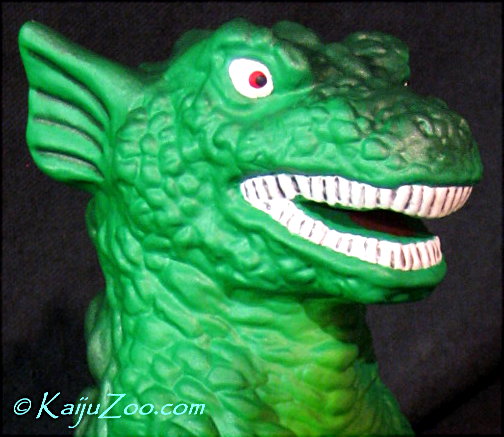 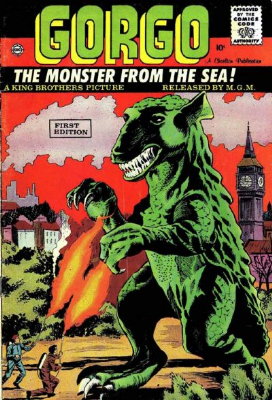 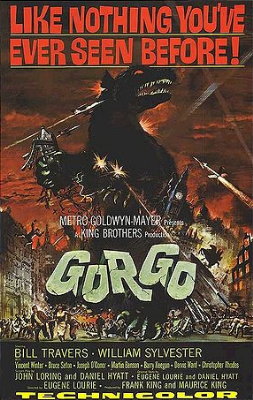 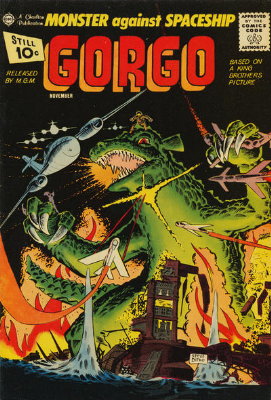 This KaijuZoo Gorgo set uses the two figures manufactured by reknowned Japanese collectible toy company M-Ichigo Toy (M-1) and exclusively released by Club Daikaiju for the June 2002 Asian Fantasy Film Exposition.  The commission is a customized artistic rendition of Gorgo and his mother depicted as a Godzilla-like monster in the 1961 British film "Gorgo" but patterned with colors and matte finish to similar to those drawn by Steve Ditko in the Charlton comic book series.
(see examples of the original movie poster and comic books above). 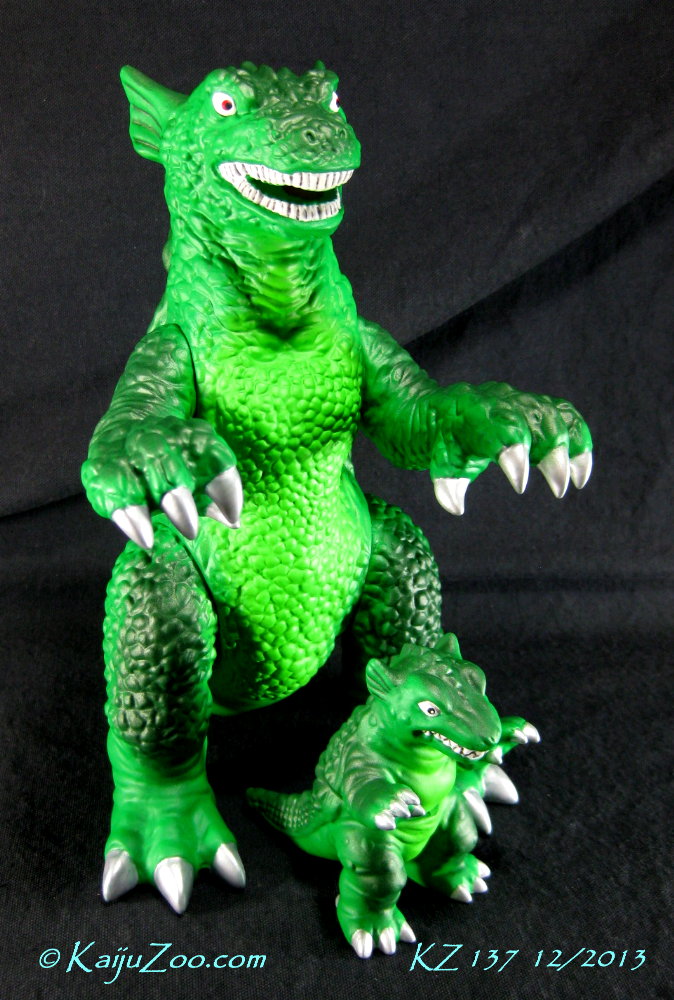 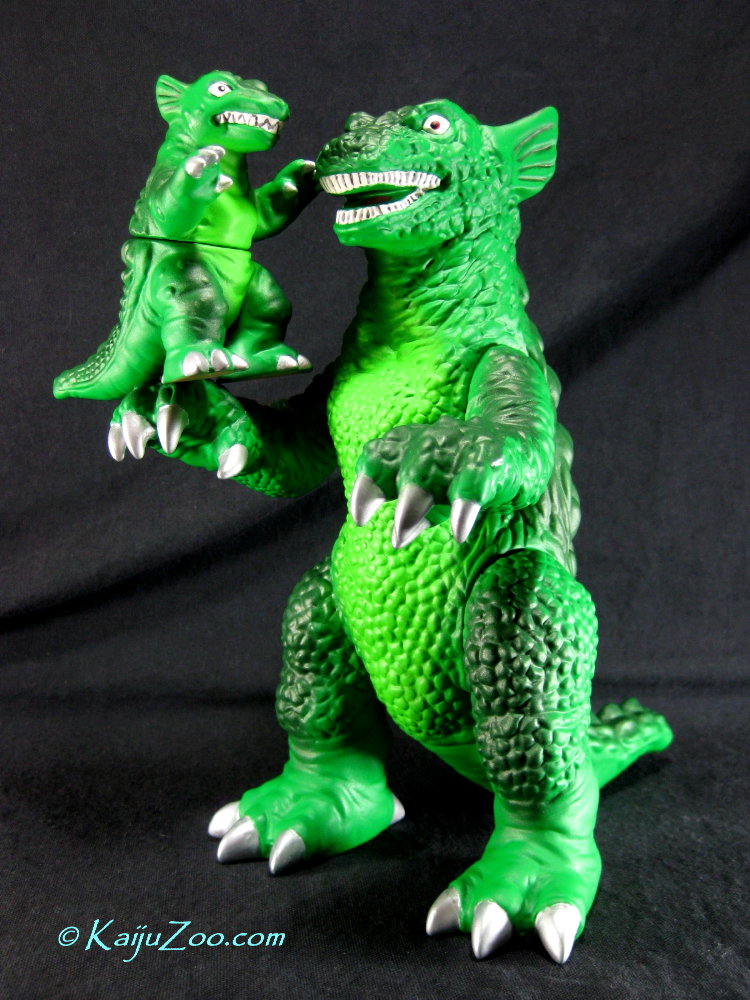 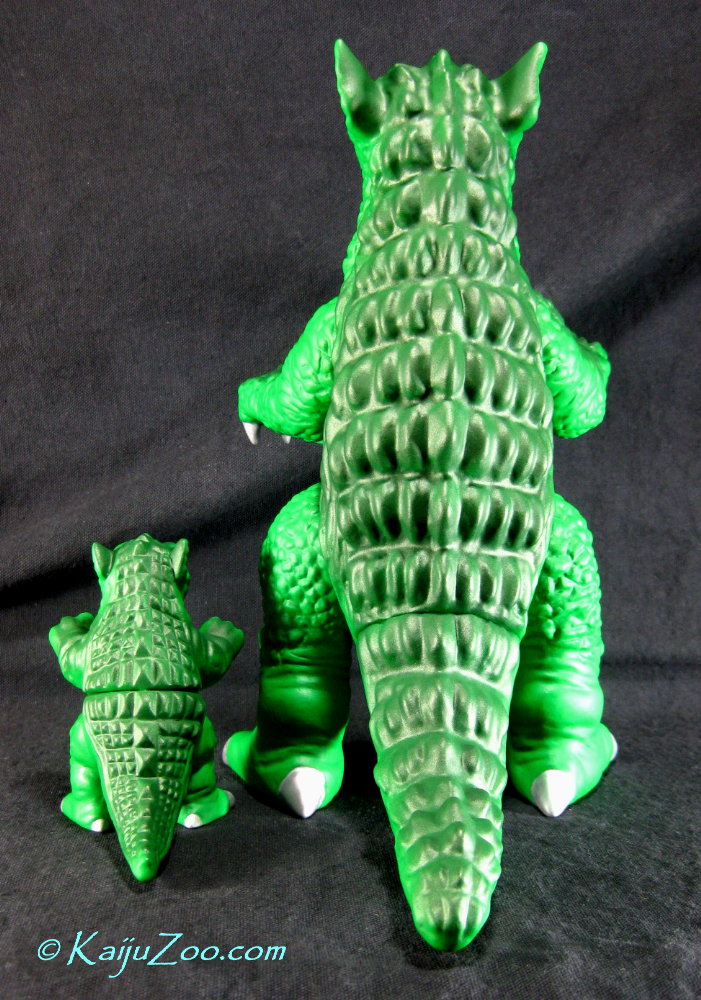 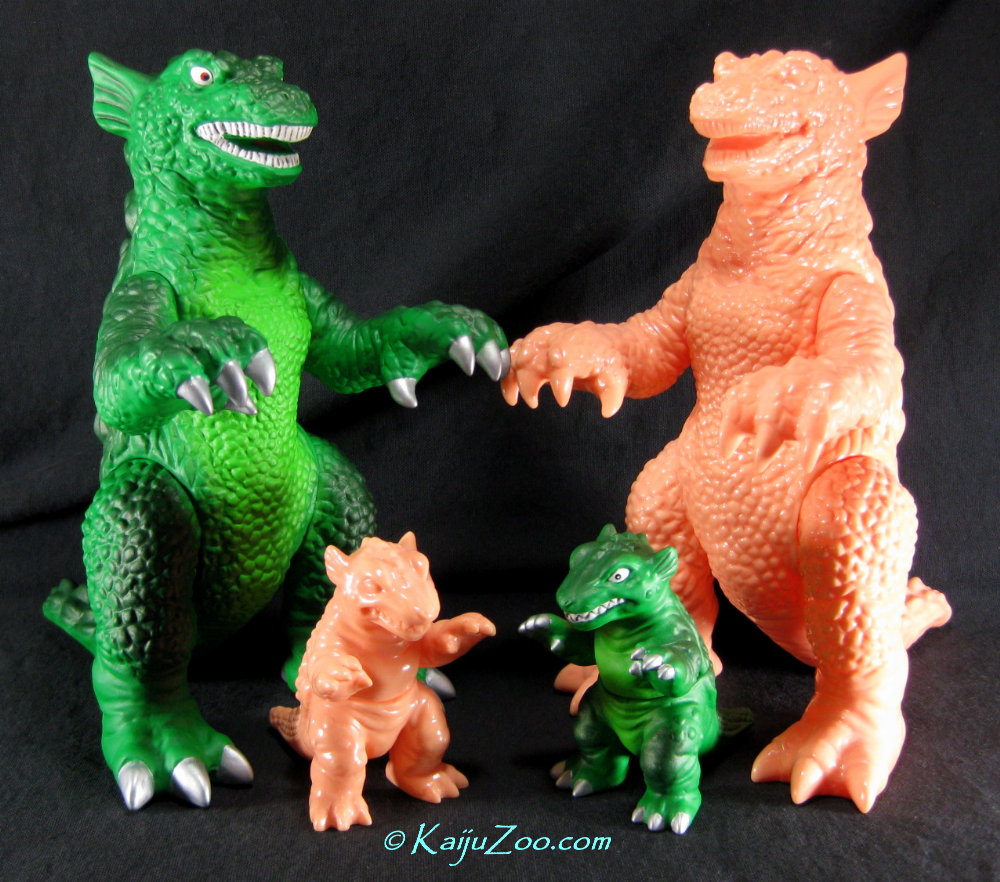 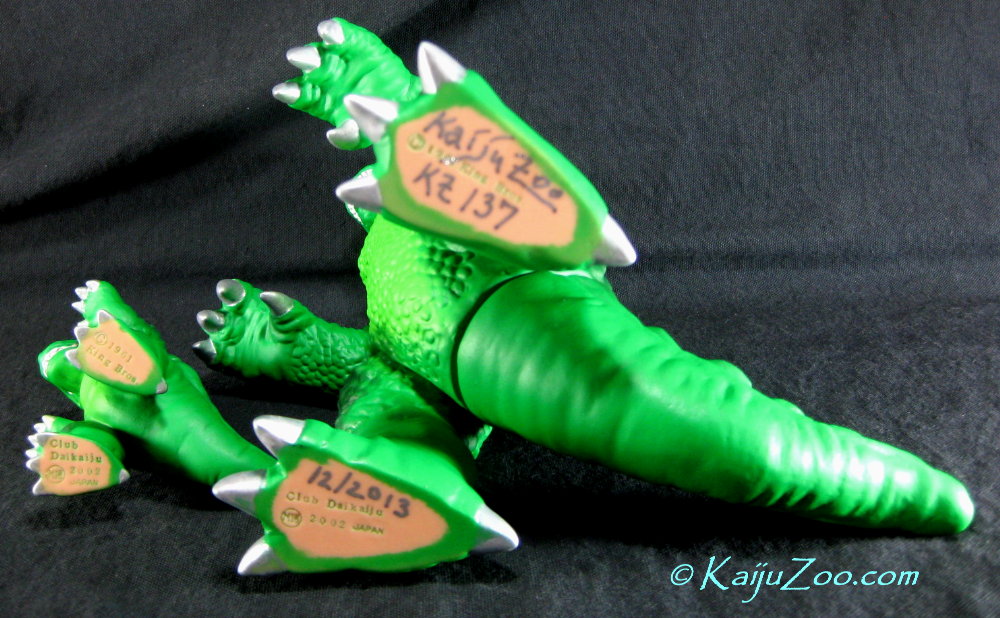 "I was recently very happy with the treatment Yoe & IDW gave to the Ditko Gorgo comics, coupled with the recent fan viewing of Gorgo and I found myself wondering why I don't have the M1 Gorgo figure... so on a hunch I asked Jonee if he just happened to have one he'd be willing to sell.

Turns out he had the set (Mama and baby.. or Gorgo and Ogra for the purists) that he was willing to sell.. but the set was the unpainted flesh variant. So I knew I wanted paint on it, but I had no earthly idea for a concept, so I started picking and choosing colors at random... the eyes in the movie stood out a lot, but the body was muddy and inconsistent scene to scene.. so I started picking elements from the Charlton Gorgo comics.. all with a high degree of uncertainty and a lot of the "if that sounds stupid let me know" kind of instructions. So Jonee said he liked the idea of the Ditko tribute and would incorporate the eye from the movie that I liked and had a few other clarifications and suggestions... but as soon as I saw his response his words hit me... Ditko tribute. So what followed was a lot of sending pictures of panels and covers back and forth. Gone was the movie eye, front and center was the white eye with the red iris and the black pupil. We opted for matte finish as that would be more in the spirit of the flat printed page. I suddenly found myself very excited about the concept, so much so that I had some doubt as to whether the final product could live up to my expectations. Then before Jonee shipped me the finished figures, he sent me a preview image and I was blown away with how awesome they turned out.

Now, I often will say that pictures don't do a certain figure justice, and that's partly because I use my lousy camera phone to take the pictures... but even Jonee's pictures didn't do the figures justice. They turned out incredible and I really couldn't be happier. Anyway, here are a couple images I snapped.. maybe Jonee will put up some more, but they won't do it justice, these things are spectacular.

Overall the whole process was great, I felt proud of the figures of when I saw them because even though Jonee did 99.9% of everything, I felt like I had been an active part of the collaboration and that in some way I had helped bring these figures to life. "
- K.Hautz.
All Photos Copyright © KaijuZoo Toys 2014
For information on custom kaiju paint commission projects,
please contact KaijuZoo.