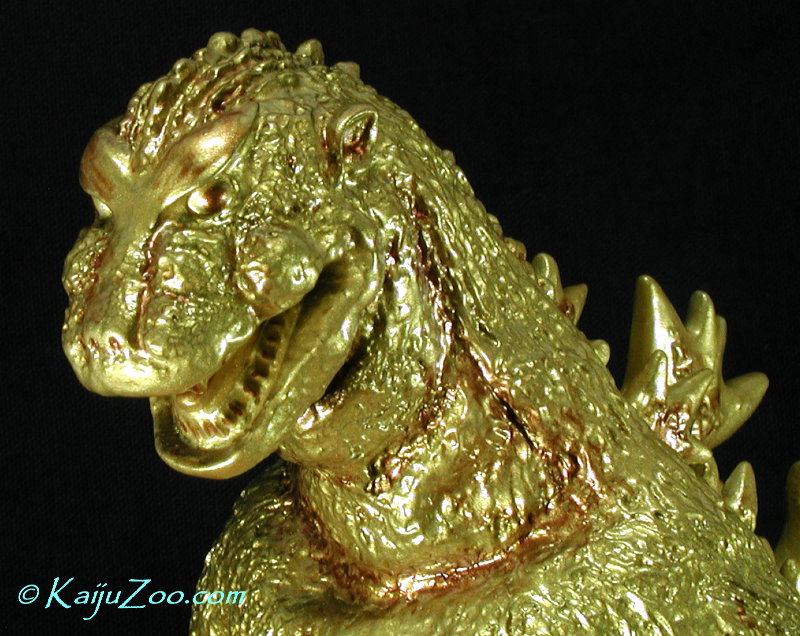 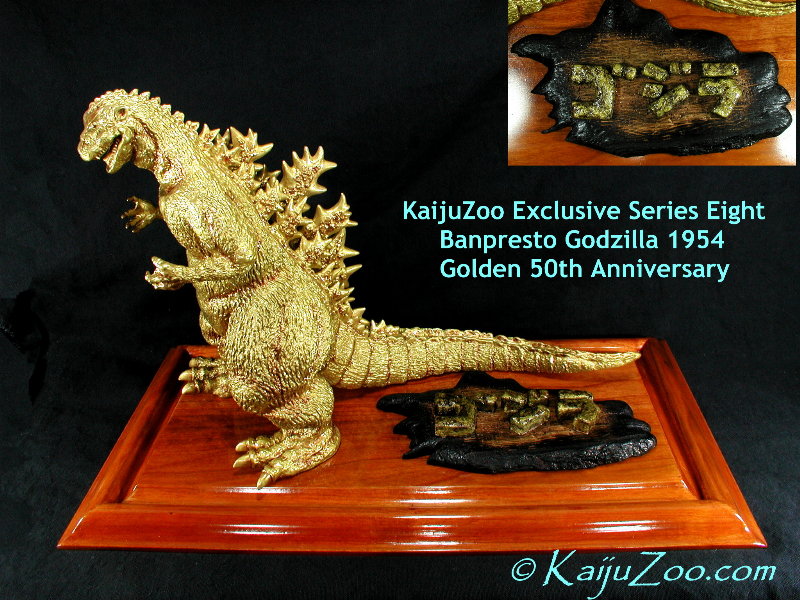 This KaijuZoo Godzilla '54 exclusive is now "coming off the production line", having made it's public debut at G-FEST XIV in July 2007.  This is a very limited KaijuZoo exclusive series of only 5 figures in the world!!. The figure has all joints glued and detailed as well as repositioning of the tail and resculpting of the back fins for a more dynamic pose. The base is constructed by KaijuZoo and made from exquisite solid cherry wood and it is complemented with the hand-made GOJIRA plaque. Overall, the KaijuZoo Godzilla '54 it is a nice blend of retro-ruggedness and elegance befitting the golden 50th anniversary of the King of the Monsters!!

Production Background Details:
The 11" Banpresto Godzilla '54 (Shodai-Goji) was sculpted by the famous Yuji Sakai and was released in 2002. Additionally, in January 2007, the Banpresto G'54 was voted "First Place" on the Monter Zero forum poll for the best representation of the essence of the G'54 Shodai sculpt.  Even though the Banpresto G'54 is a great figure, the molding process left a few details out which I think were worthy of being corrected in my KaijuZoo version:
1. the tail was modified to give it a natural curve and some lift to create a more dynamic pose on the wood base, much better than with G'54 just being a "tail dragger".

2. I also removed with "surgery" all of the excessive vinyl at the bottom of the outer fins. The figure now looks like it did in the movie with very much improved and more realistic back fins.

Please let me know if you would like to reserve one of the remaining KaijuZoo G'54 commissions. 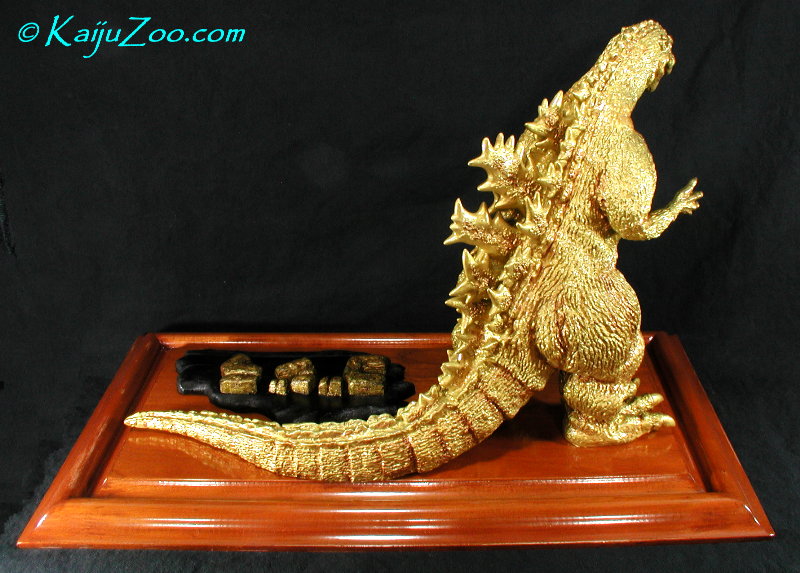 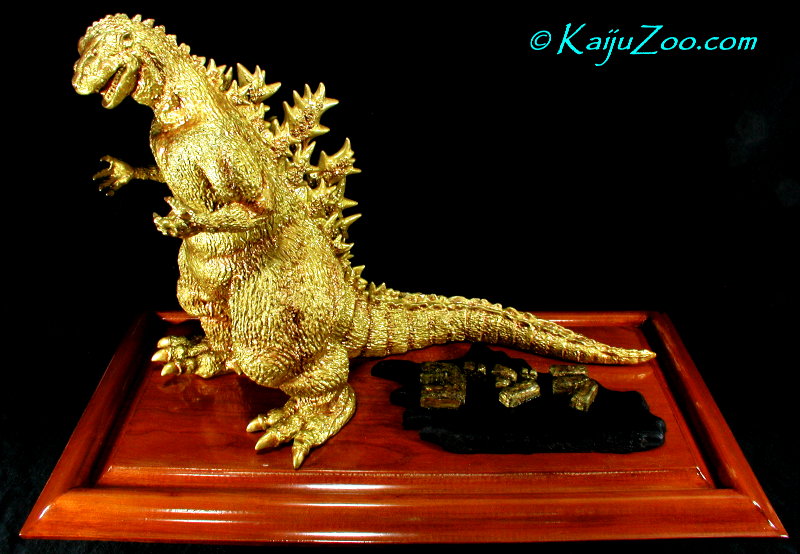 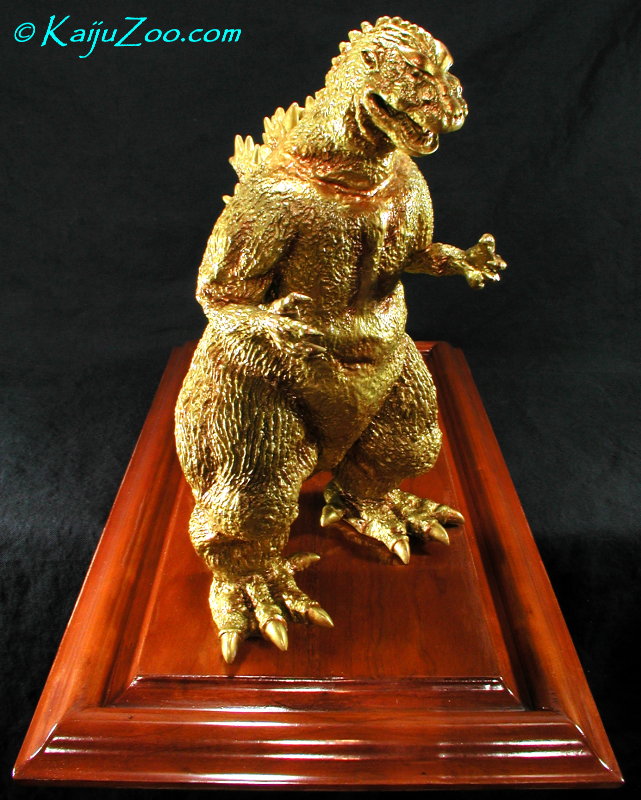 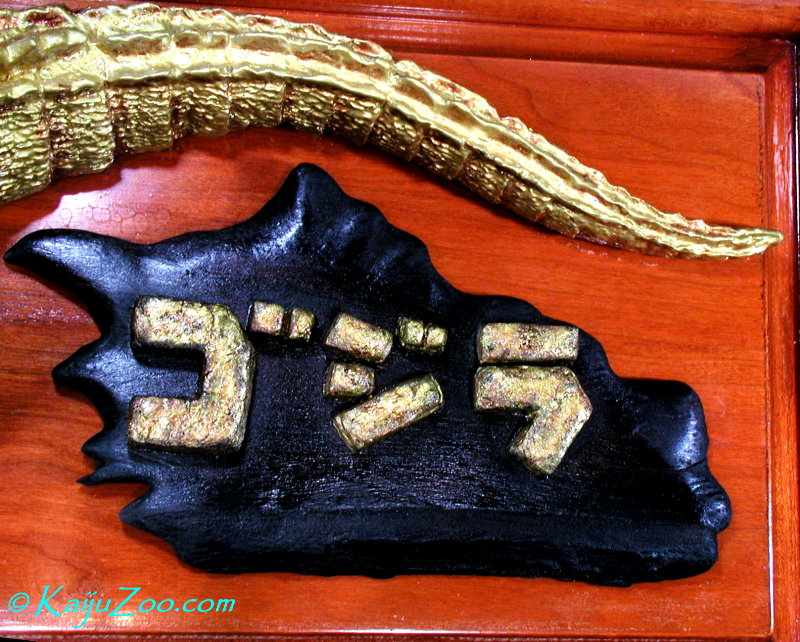 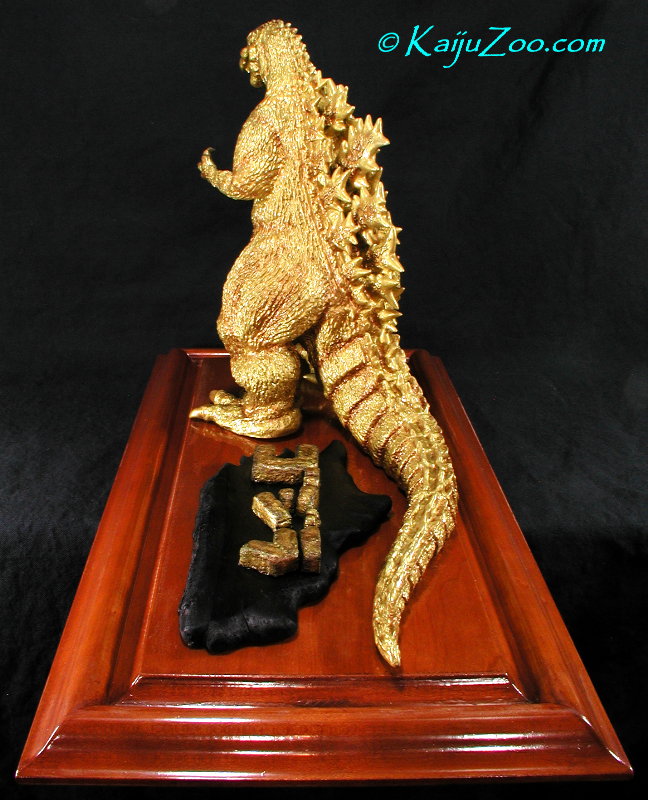 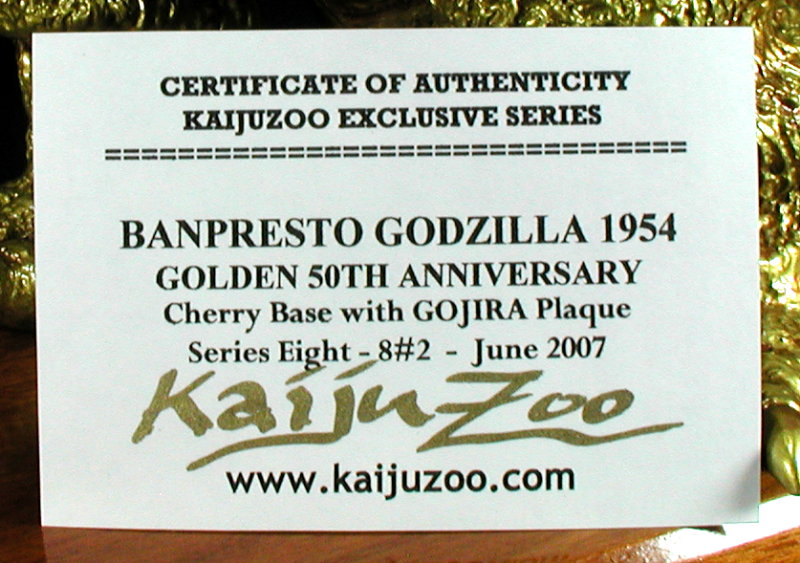 KaijuZoo Toys - Where the Monsters Live
All Photos Copyright © KaijuZoo Toys 2007-2011
For information on this or other custom kaiju paint commission projects,
please contact KaijuZoo.